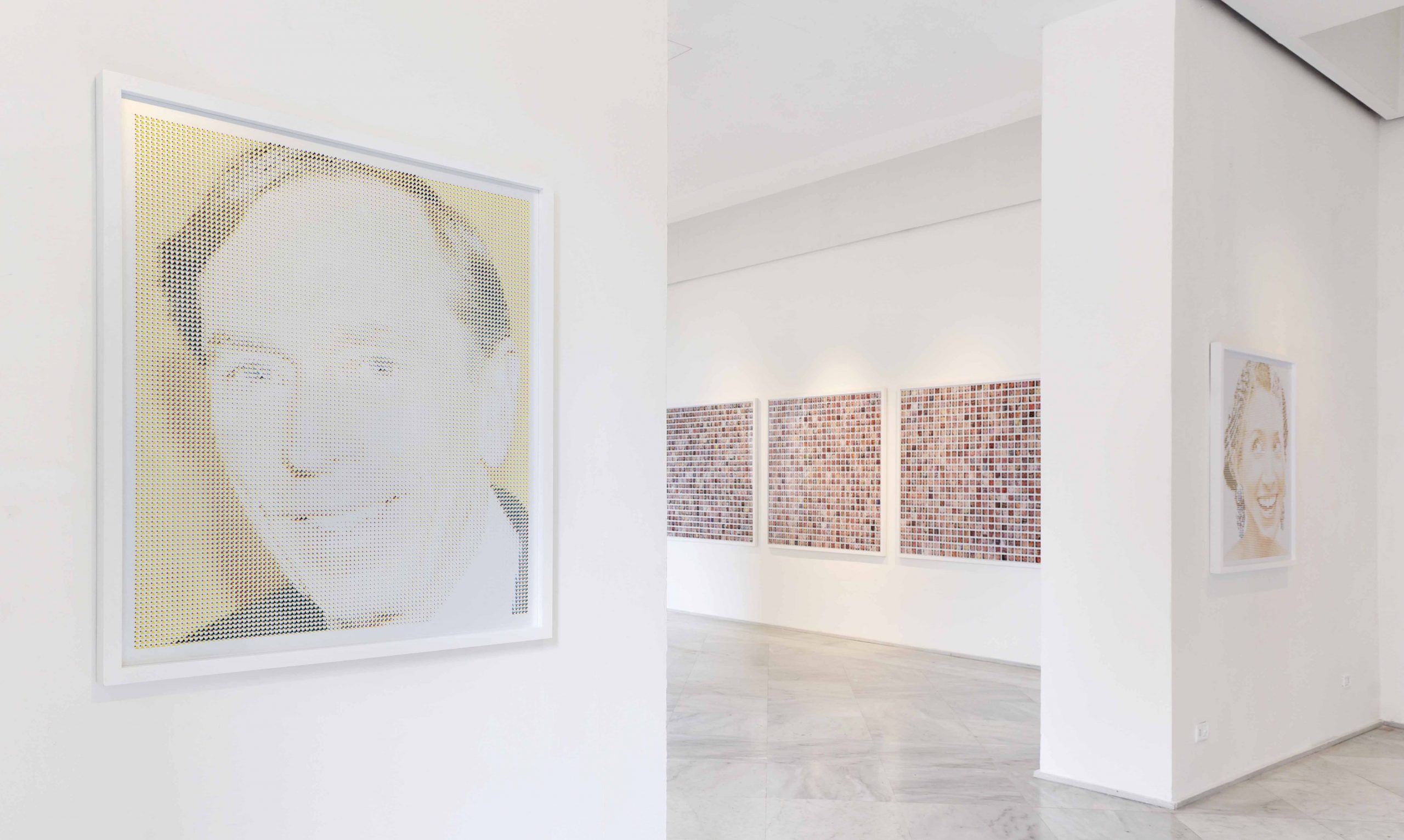 Saturday, 4 July 2020 at 6 p.m. For the first time in Naples, a major solo exhibition of the work of the Turin-born artist-activist Paolo Cirio will open to the public in the rooms on the second floor of the PAN | Palazzo delle Arti di Napoli, curated by Marina Guida and conceived specifically for this show, entitled “Information Critique”. The project, organised by the Department of Culture and Tourism of the Municipality of Naples in collaboration with the Galleria Giorgio Persano of Turin and NOME of Berlin, consists of a large body of works covering a time span of fifteen years.

Open until 22 August 2020, the exhibition layout has been designed specifically for the venue in Naples, and presents itself as a contemporary fresco, a device divided into sixteen projects ranging from 2005 to 2020: Derivatives (2019), Street Ghosts (2012), Attention (2019), Foundations (2019), Face to Facebook (2011), Overexposed (2015), Obscurity (2016), Global Direct (2014), Meaning (2019), World Currency (2014), P2P Gift Credit Cards (2010), Open Society Structures (2009), Hacking Monopolism Trilogy Flowcharts (2005-2011), Sociality (2018). The selection of works is presented with an analytical approach and a solid conceptual framework. The exhibition, divided into seven rooms, examines and decodes the relationships between international finance and monetary policy, the links between public and private identity, between freedom and surveillance; the question of privacy, and its political and economic implications. The emblems of the prevailing technoliberalism are analysed and revealed through images and photos taken from the Internet and with flowcharts that reveal the power structures that influence politics and the economy. Through a plurality of media – sculpture, photography, media performance, installation, video which constitute the de facto records of his researches, inventions, and actions – the artist gives form to a performative and visionary structure that constantly evolves, in which the dimensions of reality and artistic provocation coexist in a dialectical bond.

Until now, Cirio’s reflection on the mechanisms of social control and global political management has been presented through the medium of a series of exhibitions. Each project work had a specific “tactical” function, namely the investigation of a circumscribed segment of contemporary reality, and was proposed as a gateway to current political and social software, offering the user the opportunity to analyse the invisible dynamics and mechanisms of the strategies that, through shared norms and conventions, regulate the actions of major corporations and the repercussions that these generate on society. For the first time instead, this exhibition presents an overview, in which the individual works are temporarily composed into a fabric of complementary relationships and functions. The preferred focus of Paolo Cirio’s work are the new media, the Internet, the actions and the internal logic of the big corporations such as Google, Amazon and Facebook, and also of government agencies such as the FBI, NSA and CIA. With his interventions, the artist traces out an intangible map, establishing a mental almanac to imagine a different future made of direct democracy, which could be attained thanks to an informed use of the network, knowledge sharing and monetary revolution; in his investigations of data flows he highlights the system flaws that undermine the precarious capitalist and neoliberal balance; to do this, he uses investigations, hacking and the manipulation of flows of information, thus managing to create his sculpture which is immaterial but at the same time very concrete. The tactical interventions he sets up are able to convey precise social messages in a direct and creative way, such as to stimulate the critical sense, providing the public with the opportunity to see what it did not previously visualise or even imagine possible.

It will also be possible to request availability of access to the exhibition which is free of charge on site.

Organisational procedures will be in force to assure maximum public safety in sanitised spaces. At the entrance of the PAN, a thermal camera will measure body temperature, with 37.5° C set as the upper limit allowing admission; it will be essential to wear personal protective equipment inside the building; during the visit, information regarding distancing will be provided in compliance with the new Covid-19 regulations for the protection of visitors and staff.

Cirio works with the legal, economic and cultural systems of the information society. His artistic practice investigates how contemporary society is influenced by the distribution, organisation, and control of information, laying bare and revealing its conflicts, contradictions and infinite potential.

Paolo Cirio has won a number of awards, including Golden Nica first prize at Ars Electronica in Linz, 2014; Transmediale second prize in Berlin, 2006; Eyebeam Fellowship, 2012; and NEA grant at ISCP in NYC, 2017; START prize in 2020; among others awards.

FREE and by RESERVATION