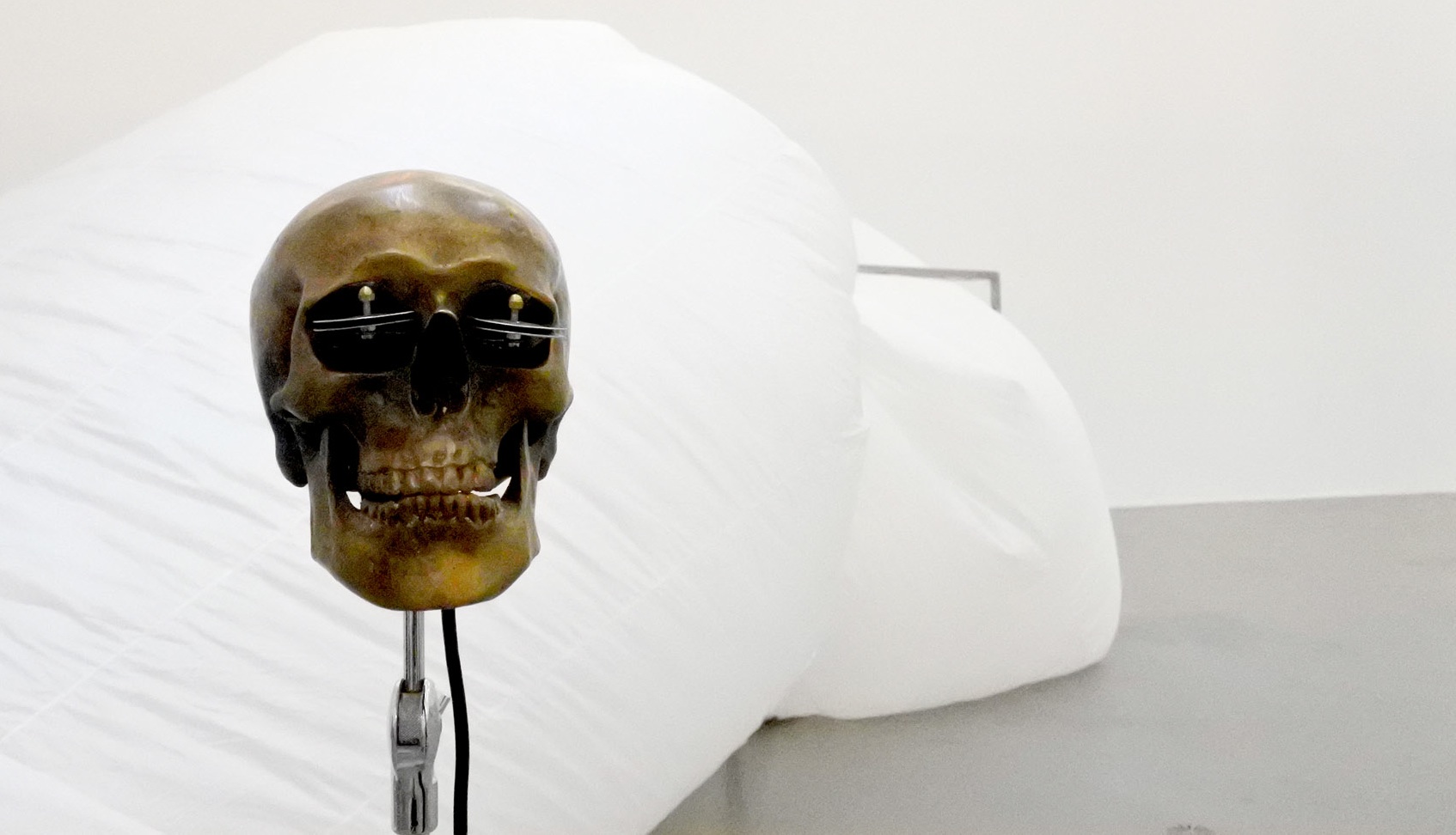 “Stanze” presents a selection of works by Per Barclay, the result of thirty years of collaboration with the Giorgio Persano gallery.

The corpus of works chosen for the occasion has been arranged by the Norwegian artist to create a visual and meaningful path.

In the exhibition space, Barclay inserts his “little houses”, initially identified as physical and recognisable places by their domestic form. Subsequently, pure and unforeseen shared memories emerge from them, offering possible points of mental refuge: they are cold, metallic structures, closed by glass, alternating between the full and the void, with dull sounds of water or drums contained within.

The layout also includes “inflatables”: huge masses of hi-tech fabric (used for parachutes) that take shape through alternating thrusts of air that fill and deflate them like lungs, in a slow, continuous breathing.

The exhibition opens and closes with the “Fin de Siècle” memento mori, a contemporary reflection on our passage in history. The work is composed of bronze skulls mounted on rods and a photographic triptych depicting a military cemetery of the First World War: a dialogue between the deaf, mute and blind, a meditation on the hundreds of wars that have characterised our time in every part of the world and on which falls the oblivion of indifference.

Using a wide range of expressive means, Barclay seeks a dialogue between the architectural space and that of the human interior, where each element flows into a psychological equilibrium constantly calibrated on the wavelength of apprehension.