Lida Abdul | Time, Love and the Workings of Anti-Love II 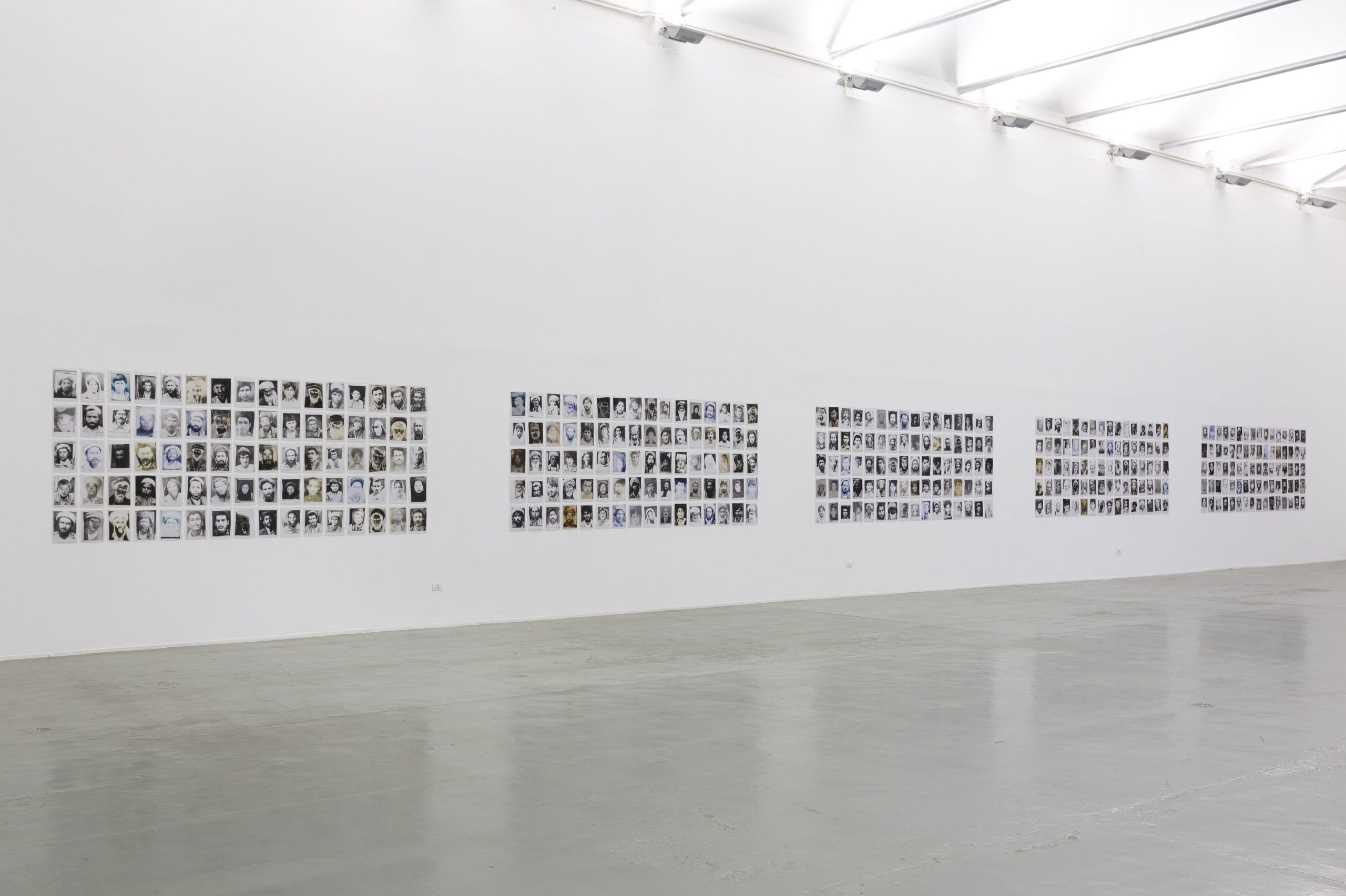 LIDA ABDUL
Time, Love and the Workings of Anti-Love II

As part of the first edition of Fo.To Fotografi in Turin, which opens on 3 May 2018, Galleria Giorgio Persano is pleased to present a large installation by Lida Abdul entitled Time, Love and the Workings of Anti-Love II.

In 2010, during one of his many research trips in his country, the Afghan artist found an old camera and a collection of hundreds of passport photographs belonging to a local street photographer. The black and white images, battered by time, had been taken over two decades, during the war.
From this recovery derived Time, Love and the Workings of Anti-Love (2013), exhibited for the first time at the Calouste Gulbenkian Foundation in Lisbon (2013) and Paris (2014), and subsequently at the Fondazione Merz in Turin (2015) and the Biennial of Busan, in South Korea (2016).

From the evolution of the work comes the new exhibition project: Time, Love and the Workings of Anti-Love II (2013-2017). Lida Abdul chose to proceed with the enlargement of many of the shots of the collected passports into A4 format, thus presenting a silent procession of prints, whose imperfection perfectly embodies the uncertainties of their country of origin.
Seeking to snatch the faces of men, women and children from oblivion, and highlighting how the sufferings caused by decades of conflict marks the features of the people, the artist presents her work with these words: I want to document the existence of these human beings, who came face to face with something they did not have the tools to understand. I want the viewers of these photographs to reflect on what these images hide as much as they reveal.

To the hundreds of lost people the artist dedicates a ‘song’, which we can read on the walls of the gallery, words that describe the drama of a people and the fatigue and suffering to which she has decided to bear witness (…) Once you have felt safer cocooned in the thin darkness between you and the camera / Once you have been blinded by the mercy of the desert winds that make your eyes burn to make you forget / Once you have looked at unclaimed photographs wondering who’s alive and who is a ghost / Once you have looked for someone to photograph you / Once your dreams are populated by unfamiliar faces / Then living, dying, dreaming, or loving are all the same / And you share tales of what you have seen and imagined / Of what still left to experience.