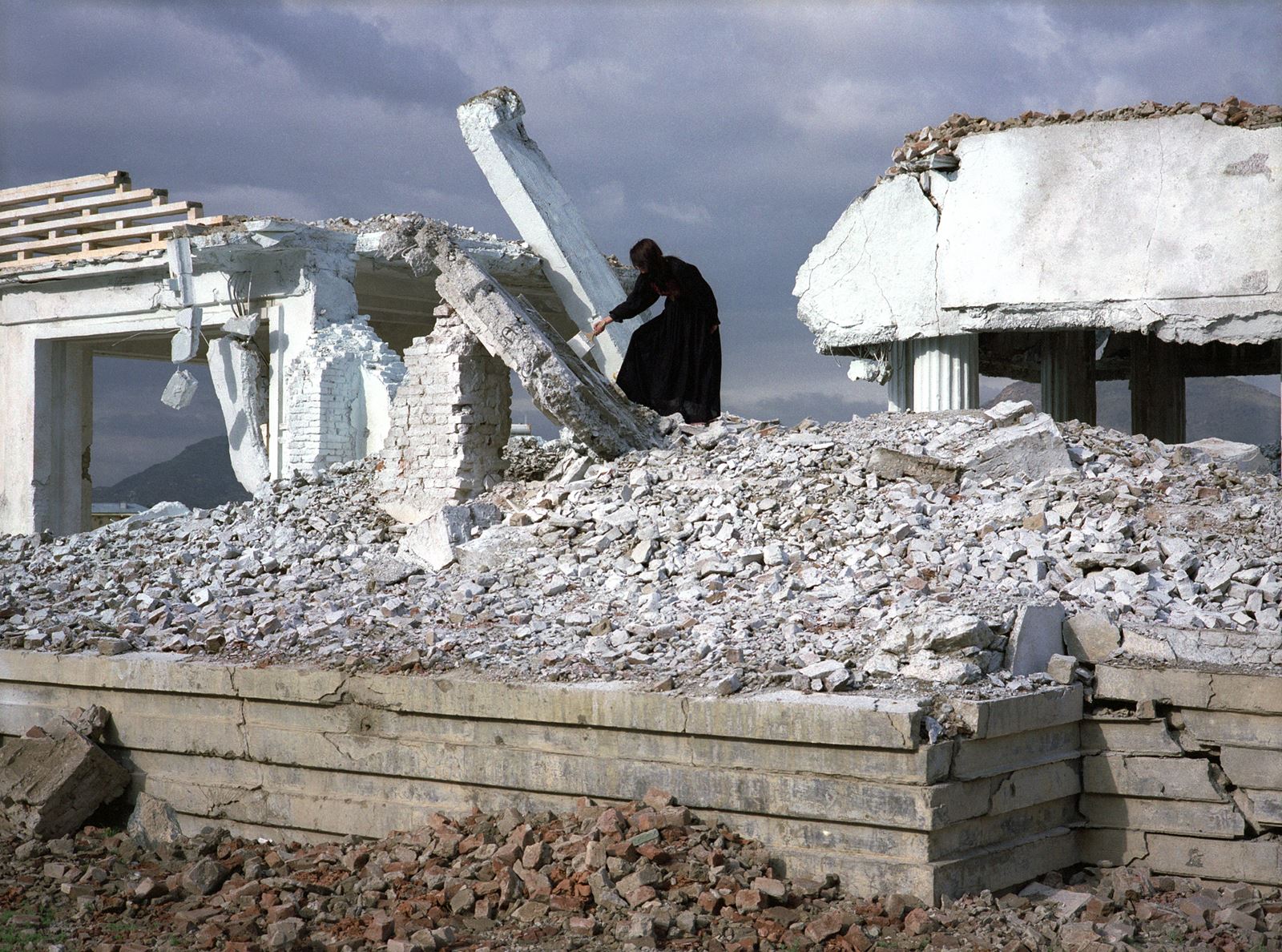 Born in Afghanistan a few years before the Soviet invasion, Lida Abdul lives and works in Los Angeles and Kabul.

White House represents a government building that was knocked down by a US air strike. Only a few columns (it was a neoclassical style construction) and a few walls of the building stand in their original vertical condition, all the rest has been reduced to rubble. Lida Abdul reflects on the representation of ruin or the subsequent significance and fate of sites of catastrophe, death and memorial.
In White House, the depiction of herself is not an attempt to reclaim the heroic position, but a more disturbing image of both the futility of violence and the double displacement of women in war.

In Dome the camera swirls three hundred and sixty degrees in a circular courtyard of a bombed building. The circular structure soars, leading the camera and the viewer’s eye up, towards the sky of the roofless structure’s remains. The camera, in the centre of the space, reveals the scene from the first person perspective of a young boy. As the camera pulls back, away from the space we can see the boy is spinning in the space, looking upwards at the sun, as we hear an aircraft flying overhead. The helicopter is not seen, but the sound of its engine passing overhead drowns out the birds who have been chirping, creating a crescendo in the piece.