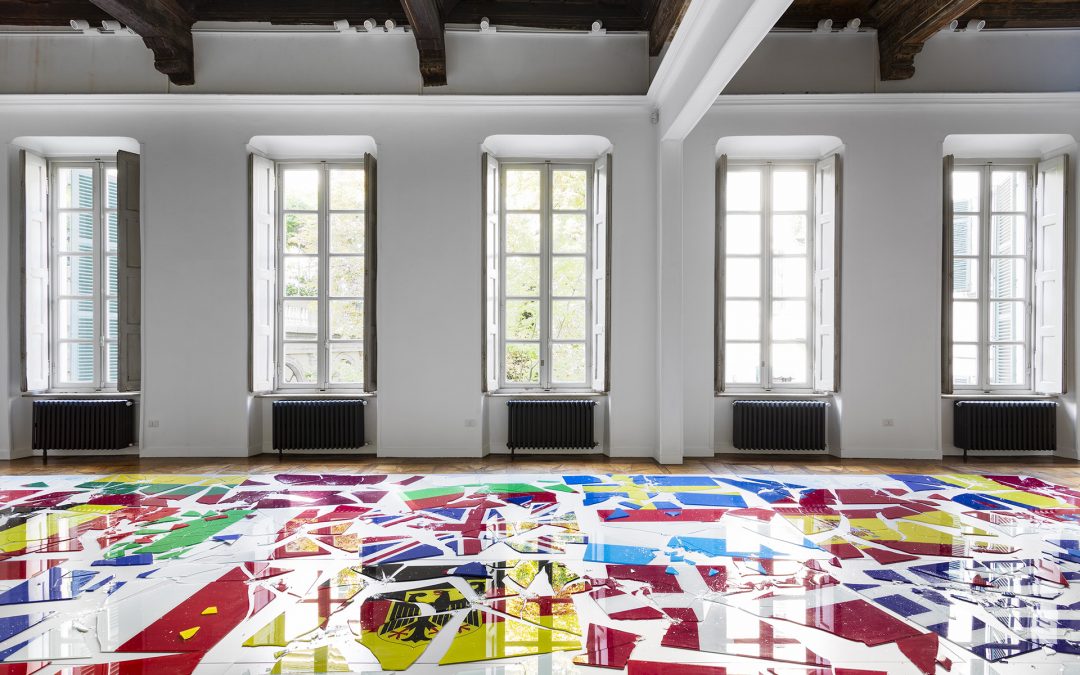 From 22 to 24 September 2020 Galleria Giorgio Persano will inaugurate its new space in Via Stampatori 4 – Turin, with the solo show “Europa 2” by Costas Varotsos. The exhibition itinerary develops around a central work, from which the exhibition draws its title, depicting the 27 flags of the Member States of the European Union, printed in a large format on glass and shattered on the floor.

With this image of an EU gone to pieces, the Greek artist gives a lucid representation of the risk of its dissolution and its precarious relationship with the rest of the world. For Varotsos, “Although a wonderful idea, the European Union is now threatened by centrifugal forces that will lead who knows where. For years we have swept things under the carpet, but now the situation seems to be out of control: it is a critical moment; it is as if we were carrying the flag of the European Community and it were falling out of our hands”.

As usual, Varotsos favours the use of glass, which fills the new gallery space, creating a disturbing and immediately recognisable image in the colours of the flags. While the artist’s works always imply a potential for creation, decomposition and recomposition, here “Europa 2” becomes a political act, a declaration of a societal position. The reading of the installation is therefore clear and unequivocal, but in its objectivity it also seems to allude to a message of hope: the destruction of national individualisms, if it occurs on a common horizon, may open the possibility of a greater recomposition of its individual fragments.