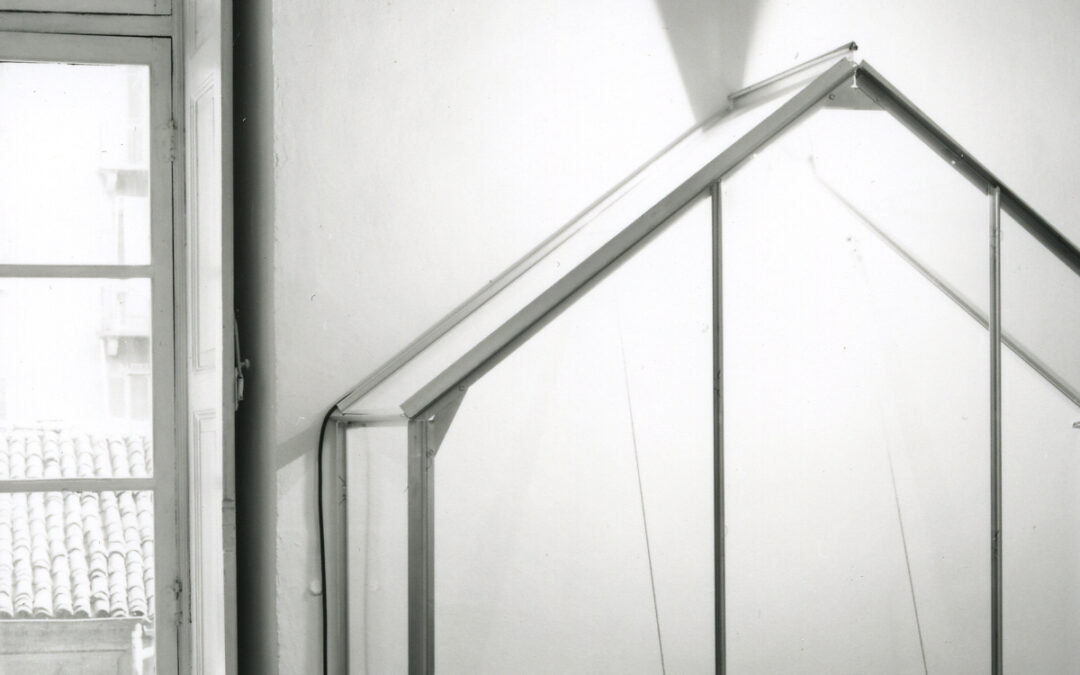 Giorgio Persano is pleased to present, on the first floor of Via Stampatori 4, a new solo exhibition by Per Barclay, the result of the more than thirty-year collaboration between the Norwegian artist and the gallery.

In the space of Palazzo Scaglia di Verrua, two large installations question the concept of home, time and space. The buildings, at first recognisable as physical places, are immediately emptied of their dwelling function, transforming themselves into absolute, uncontaminated spaces that, despite being transparent, close themselves off from the outside world. Considered as an extension of the artist’s famous oil chambers – in which the opening up of real space in a liquid plays both formally and conceptually with the symbolism of the double, not so much creating a simple reflection as producing a psychological sensation of sinking into another dimension – Barclay’s rooms also reflect on the theme of inaccessibility, with clear references to twentieth-century Scandinavian paintings.

The first work in the exhibition is a historical work, a suspended glass and iron ‘interior’. In this visual contrast between lightness and hardness, a life-bearing blade of light breaks through, charging the work with hope: hope that something can still be born in a place where there is no life.

In the new Untitled (2022), two glass and metal structures are mounted on concrete walls, and each houses a drum. Powerful blows from the instruments propagate from the fragile walls, resonating alarmingly to threaten the very structure that supports them.

In an equilibrium of restlessness and aesthetic perfectionism, of a continuous cycle of beginning-end / inside-out / hot-cold / presence-absence, Barclay’s non-houses thus become projections of mental places that invite the spectator to find common memories: “My work seeks to represent daily tension, that sort of anxiety that each of us perceives in the contrast between beauty and comfort, between the great possibilities of our time and the extreme precariousness of our living.”